How Much Does It Cost To Refinance?

What does it cost to refinance a new home loan? It can vary between bank to bank. The bigger banks generally may have a fractionally cheaper cost to you in refinancing compared to the smaller banks, but you may be able to get better interest rates at the smaller banks, which means over the longer term, you will benefit more. Obviously, the lower the interest rate the better.

So, some of the costs, to give you an example of refinancing, would be the production of contracts, which every bank uses a solicitor. One of those as an example is Galilee. Another cost can be a fee that the bank charges for producing the home loan as well, and they’re the two primary costs. Then you’ve got these other costs like valuations. Some banks have free valuations, other banks have discounted valuations and some just have to pass on the cost of the valuation, but most entities, if not all, don’t make a mark up and profit from the valuation cost itself. They just pass on that cost to you. It’s usually the small ones that do that.

The other two costs we need to consider is mortgage insurance. So if we go over 80% loan to value ratio, we have to pay mortgage insurance. So sometimes people don’t take that into account. And the other cost that we need to think about is if you’re in a fixed loan and there may be potential for break costs on that fixed loan. If you’re variable, there is no more break costs anymore so the bank can’t penalize you with ridiculously high costs for break costs.

So, an example of some of those costs’ figures for you. I know some banks charge between $250 and $500 for creating the application, so to speak. Then you have the production of the documents by the solicitor. That’s generally around $350. The variations can vary between zero and $305 normally, depending on which bank you are using. Lenders and mortgage insurance is scaled above 80%, so if you have a 95% loan, for example, generally mortgage insurance will be about 3% of the transaction price. And then it can go down. So on a $400,000 loan, if you were on a 95% lend, you could be looking at $12,000 in mortgage insurance. And I’ve spoken before about mortgage insurance and my philosophy on it, so please feel free to check out that video.

They’re pretty much most of the costs, and break costs, that can be a big one. I’ll give you an example. Client contacted me. They went direct to the bank instead of speaking to me and fixed their loan in for 700,000 until 2022. We’re at 2020 now, in April 2020. The break cost for that client was going to be $22,000 to terminate that fixed loan early. Crazy. One of the advantages of variable loans, therefore, is you don’t get charged those high break costs. 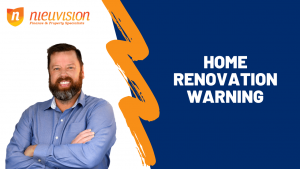 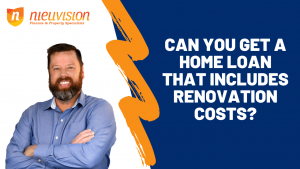 Can You Get A Home Loan That Includes Renovation Costs? 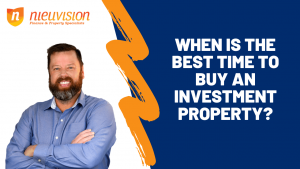 When It Is Good Time To Invest In Real Estate?